The Story Behind The Julia Lyons Foundation 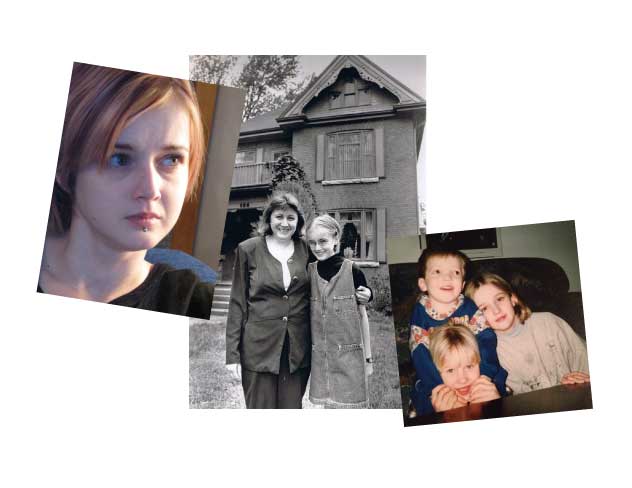 In early August of this year – 2018 – The Julia Lyons Foundation was launched. For many years before, however, Emily Lyons dreamed of creating this foundation. To understand why, you need to hear the story of another Lyons – Julia Marlane Lyons.

Julia Marlane Lyons – who passed away in 2011 as a result of cystic fibrosis complications – was Emily’s beloved older sister.

Julia was only 27 when she passed away, but Emily is grateful for all the time she got to spend with her: “That’s more than two decades of memories with the best sister a girl could ever ask for,” Emily said in a feature for Cystic Fibrosis Canada.

Born in 1983, Julia was just an infant – only 4 months old – when she was diagnosed with cystic fibrosis (CF). Given this diagnosis at such a young age, no one could have known what to expect from this precious little girl – but then again, Julia always had a tendency to surpass expectations with the force of her unflinching spirit.

Emily remembers so much about Julia: her mischievous humor, her fierce intelligence, her kindness and empathy – and her incredible drive to understand everything about the disease she had been born with.

Julia would go on to receive two double lung transplants – costly, demanding procedures which bought her a little more time. But, ultimately, that terrible day came: her lung complications mounted, and she passed away on the first day of June, in 2011.

Julia left an indelible imprint in the hearts and minds of many – including her sister, Emily, who sees Julia as her greatest source of inspiration and motivation.

And for years, Emily privately vowed to herself that she’d do what she could to tackle CF – and help those burdened with the disease. So now, with the launch of The Julia Lyons Foundation – created in the memory of “the best sister a girl could ever ask for” – Emily is bringing that personal pledge to life.